At the end of June my Apple Watch stopped charging. I took it off and forgot to charge it for a couple of days and found that it just wouldn’t turn on – even after charging overnight and swapping cables and plugs. Up until then it’d worked fine.

I tried all the resurrection techniques suggested on Youtube, Reddit and other places but it was clear that the battery couldn’t hold a charge. The watch is a Series One second gen that I bought about 4 years ago. When I think about it, the watch has lasted a fair amount of time but it’s annoying nonetheless. I’ve kept the watch in perfect condition and it seems crazy that it’s not possible to easily and cheaply replace the battery.

Apple offer a repair service which costs between £60 and £180 depending on whether it’s a dead battery or some other issue. Even £60 seems expensive to me! Plus there’s a chance that the early Apple watches won’t be supported in an upcoming update. Seems a lot of money to spend on something that is already more or less obselecent.

A replacement battery can be bought online for less than £10. The problem is that it would mean opening up the watch, disassembling it and fitting the battery. It looks like a fiddly procedure that could take a couple of hours. I’m not sure I can rely on repairing it without breaking something. (It might be something I do at some point in the future.)

The other option I had was to buy a new watch. A Series 5, the current model, costs £400. I don’t use enough of the features to justify that sort of exorbitant spending. I use the watch primarily as a watch and then as a device that reminds me to do tasks plus logs my steps (whenever I can be bothered to record them). I’m not a fitness fanatic or athelete and so most of the Apple watch features aren’t really for me. The screen is too small for anything other than telling the time or reading a quick alert if another device is unavailable.

Superficially, the GTO looks like an Apple watch. It’s about the same size and weight. The screen is remarkably bright and clear (so much so that I’ve turned the brightness down to 20%). The box is terribly designed, making it look cheaply made. On the bottom is printed “Enjor your smart watch” which I hope doesn’t mean endure your smart watch. Included is is a differently-coloured spare strap, a charging cable and two screen protectors along with a printed instruction manual. There’s certainly not the attention to detail of an Apple product.

The watch itself seems really good. It was already 65% charged and took 30 minutes to fully charge. The charging cable/cradle is cheaply-made and very short. Connection to the iPhone is via bluetooth through an app called Yfit. It connected faultlessless. Yfit is a basic app, offering things like a small number of watch faces and some simple alerts from my phone. It appears to connect to the Health app on my iPhone but I can’t see that the data has been imported yet (it’s visible in the Yfit app though). You can control Apple Music from the watch (though the interface is terrible!). It’s possible to edit the watch faces in a very basic way to include background pictures. Unfortunately it’s not possible to add a background picture to analogue clock hands – something I’d like to do.

Beyond the watch face, the apps are pretty basic. The watch turns on when you raise your wrist. You use the touch screen to swipe through health apps and settings. There’s no fancy animations. I can’t seem to get see my messages in the app. The biggest things missing is the lack of reminders and Siri. (As much as I find Siri intrusive, I do use it for very simple tasks like setting timers and straightforward tasks. I will miss the ability to set a shortcut to silently remind me when there are 10 minutes left in a lesson.)

Kospet makes great claims about the battery life. My old Apple Watch needed to be charged every night so anything as good as that would be satisfactory. I’ve used it for a couple of hours now and the battery level is at 99% which seems pretty good. We’ll see.

There’s no means of turning off the watch’s bluetooth. Being able to do so would, of course, extend how long the watch could last between charges.

For something that costs less than 10% of a new Apple watch, this Kospet GTO seems – at the moment! – like good value replacement. It’s a little bit like buying own-brand supermarket goods. You always think that inside the box the product is the same but when you get home you can’t get over that it’s not the same as the expensive brand. Even if you can’t tell the difference.

I’m not sure I could make the same cut-price decisions when my MacBook and iPhone stop working!

UPDATE: The battery life on this watch appears to be stunning. A day of general use (infrequent checks on the time, reading a couple of text messages, changing the watch face) used 1% of the battery! My old Apple Watch had to be charged daily. 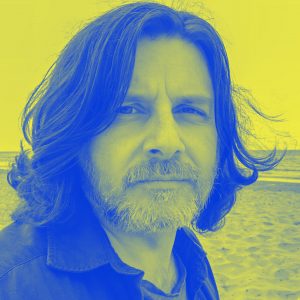